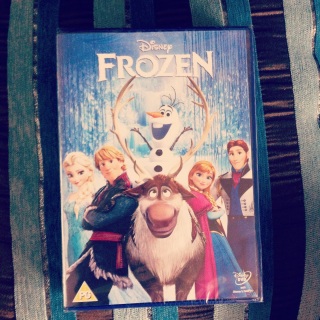 Yeah, I have serious problems. I’m one of those people who can’t like something a ‘normal amount’, I have to become completely and utterly obsessed by it. In the past two weeks there have been two things that I have been obsessing over, Frozen and Endeavour (this is the thing, it always seems to be a something to do with TV or film.

Let’s start with Frozen. It was only until yesterday that I finally saw the film and I can say that it definitely did not disappoint! But before I had chance to watch the film it was my little challenge (that I set myself) to learn all of the words to the soundtrack, and yes I succeeded. Watching this film has been at the forefront of my mind for so long that I was starting to think that the film would disappoint but that wasn’t an issue. So you may think that because I’ve now seen the film that i’m over it and I’ll move on, oh no. The next few weeks will be filled with more singing, dance moves and quotes, people of the world prepare to get annoyed!

Endeavour is an old obsession that has recently been reignited due to the start of the new series. I can’t explain how much I love this programme it’s just the best! I’ve been watching the first series before the next one so I make sure I can remember what happened for the first episode, I even bought the Radio Times the other day (which I never buy but it was really good so it may be a regular occurrence) because it had interviews with the cast. Someone help me.

All in all I quite like my obsessive stages, it’s just the people around me I think that I annoy!

Flashback to my last holiday the night before my next one, and I’m not sorry about it 🍾☀️😘
Feeling slightly rougher than I did this time last week 🇭🇷 pass the strepsils...
Croatia, thank you for letting me live out my Mamma Mia fantasy on the back of a speedboat going at 100mph listening to ABBA gold 🇭🇷🐠 Had the absolute best time with the Brian crew
Had the absolute best time in Croatia 🇭🇷 wish we could stay forever
Another amazing day is paradise 🌴☀️💚
Just trying to find our new mate Brian 🐠 (Also I promise Nisha is here, she’s being a pro photographer 📷)