Second stop on the ship of dreams was Lisbon, Portugal. For this stop I’ll be diving into the 2013 memory banks as we didn’t get off, complete cruising rebels over here! This also means that there are only pictures taken from the boat and that ALSO means there are only really pictures of a bridge…whoopsie!

Last year, when we actually got off the boat, we travelled around Lisbon on an open top bus. I think I’d only recommend that if you were staying in Lisbon for a few days as the city is so huge that there is just too much to explore in just one day. It wasn’t my most favourite place in the world but that could be because I felt that there was just too much to see and not enough time!

There were some beautiful little areas filled with bars and cafes and there were so many sculptures that looked amazing. If I returned for another one day trip I think I might do more research and keep my focus to one area and explore that to death instead of trying to do everything in one go.

When large boats visit Lisbon they have to go under the 25th of April bridge, which was built in 1966 (train track added in 1999). It’s a seriously high bridge but when you’re on a boat that’s also seriously high there are concerns that it might not squeeze under. To see it for ourselves we got up to one of the highest points of the ship, deck 13, to watch it go under. Thankfully we made it with lots of room to spare. Even though we didn’t get off I had fond memories of Lisbon from our previous trip and writing this has tempted me to go back. 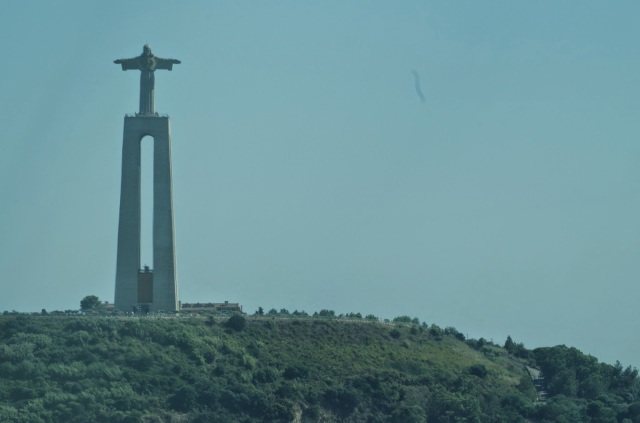