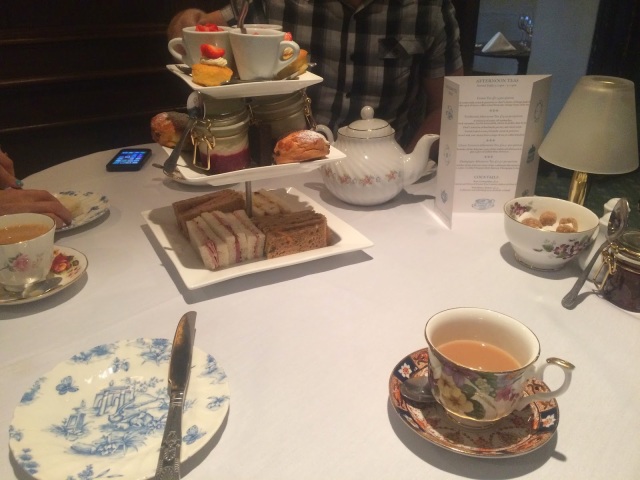 As a little treat before I went back off to the wonderful world of university, my mum planned a little surprise as a nice send off. I had no idea what it was, like no idea, so when we pulled up outside I had a little bit of a mini heart attack. I think that I might be the world’s biggest ‘TV spotting’ geek because wherever I go that has been on the tele I can’t help myself but be like “Remember in series 2 of [insert programme name here] when they went to that church?!?! That’s the church!!”. I think it may be a condition.

As soon as we walked through the door I was taking in my surroundings and everything was so cute! Everywhere was filled with old fashioned furniture with little ornaments it was really relaxing. Then I saw it, the Last Tango in Halifax collage, with pictures of everyone when they filmed there…..just…too many feels….

The afternoon tea itself was beautiful. Cute crockery and tasty food you can’t really go wrong. The sandwiches were ham and mustard, beef and horseradish, cucumber and cream cheese and smoked salmon. My favourite was the smoked salmon one but the all of them were big on flavour. The scones (which were fruit) had just come out of the oven as they were still warm, mmmmm. Smothered in jam and cream you can’t really go wrong. To top off a super yummy ‘meal’ there were three desserts, a little strawberry sponge, a chocolaty truffle thing and a lemon posset. I can’t pick my favourite as they were all so delicious in their own little ways.  I’d definitely recommend going for afternoon tea here or anywhere as i think it’s a nice treat to have every once in a while! 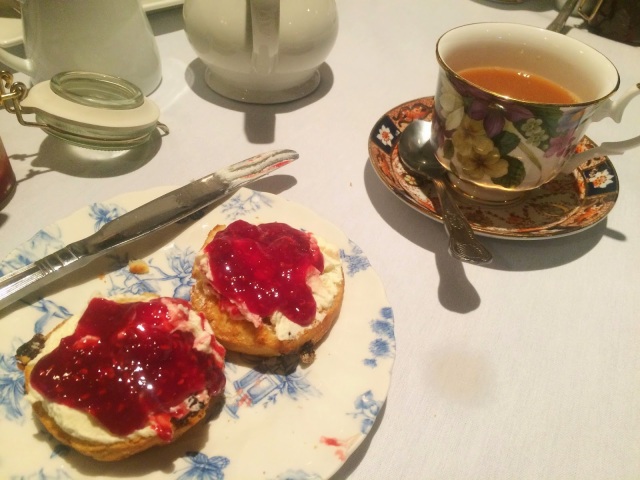